The Ural-4320 is a transport and logistics vehicle added to Squad during Alpha A9. The Ural 4320 is a general purpose off-road 6x6 truck that was used by the Soviet Army from 1977 to 1991, when the Soviet Army dissolved. The Soviet Army's successor, the Russian Ground Forces (RGF), continued to use the vehicle in its previous role and eventually phased out the older Ural-375D. 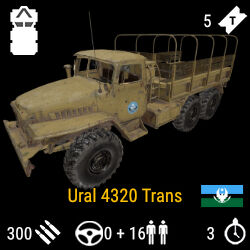 The Ural-4320 Transport variant is best for fast movement of a squad to different places around the map. 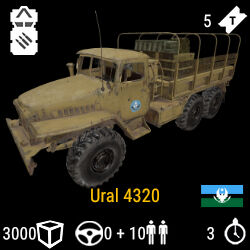