The LAV-25 is an infantry fighting vehicle featured in Squad. It will be introduced with the United States Marine Corps.

The LAV-25 8×8 amphibious armored reconnaissance vehicle is used by the USMC. The vehicles are designed to conduct reconnaissance and surveillance activities over large distances with minimal logistic support.

Generally, the LAV-25 is pretty similar to the LAV 6.0 and the ASLAV-25, because they are all based on the same base system. 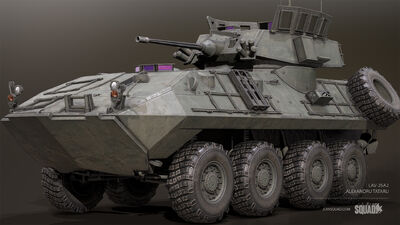