Edit
watch 01:36
We're Getting Mutants in the MCU - The Loop
Do you like this video?
Play Sound

The objective of Invasion is focused on attacking and defending from each team respectively.

For the attacking team to win they should capture all flags and drain the enemy tickets. The attacking team has a considerably smaller amount of tickets compared to the defending team so smart use of assets and capturing flags is vital for victory.

For the defending team to win they must defend their flags and drain the enemy tickets.

There is also a sub-gamemode of Invasion with random flag placements. 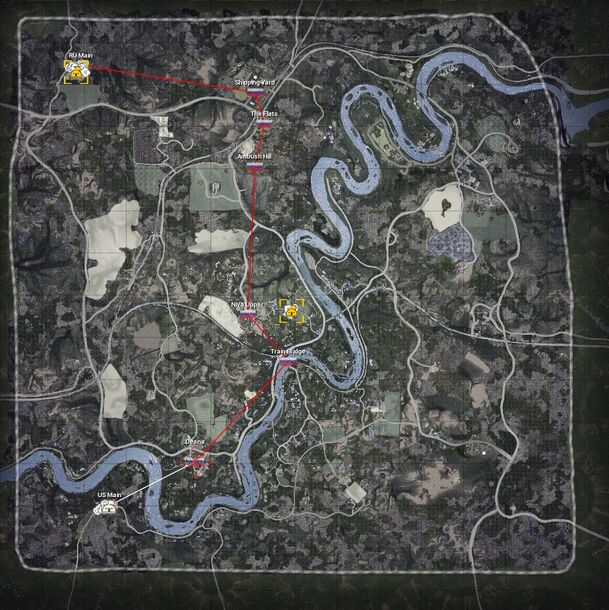 Capturing Control Points in Invasion is only possible for the attacking team. There is no ticket bleed for either Defender or Attacker.

[ + 100 ] for the attacking team that successfully captures a control point

Forwards Spawns are temporary spawns for the defending team that are placed further in the map, away from the team’s Main Base. These spawns allow the defending team to spawn closer to the action, set up defences and be ready to meet the attacking team due to the nature of the flag layout and capture set up.

The Forward Spawns are active from the start of the round but are temporary. Time differences vary from layer to layer (see 3. List of Invasion Layers) but they are designed to provide enough time for last second decisions and late comers.

Forward Spawns include Ammo Crates and sometimes include a selection of Vehicles for the defending team to take advantage of. Once the time limit is reached, Forward Spawns will disappear from the map and you will no longer be able to use them.