Getting Started as a Grunt

--> Go back to Getting Started overview.

So you're completely new to Squad and you have absolutely no idea what to do? That's okay, we've all been there and we've all moved from that point, and so can you with this useful guide provided by the community! Read and use the links provided to help you get your Squad experience started!

Step 1: Before you get started[]

First, read up on the full description of what kind of game Squad is. This will set you into the right mindset what to expect from playing Squad.

Second, watch the short clips from the official tutorial series on YouTube. They are short, informative and highly illustrated.

Third, memorize the Squad Quick Start Guide - it shows all the basic controls, map elements and gameplay mechanics in one simple picture. Print it, frame it and put it up next to your computer screen. 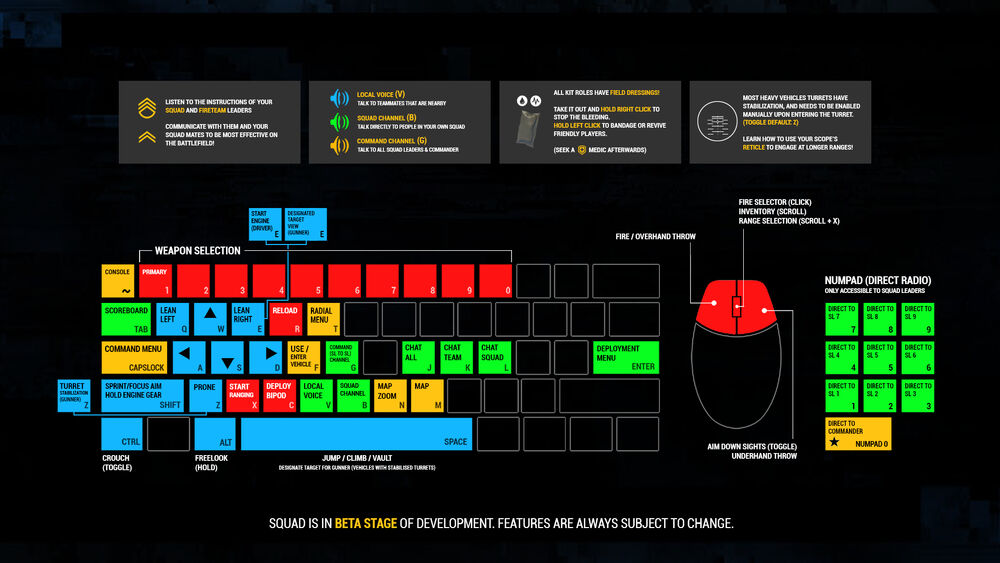 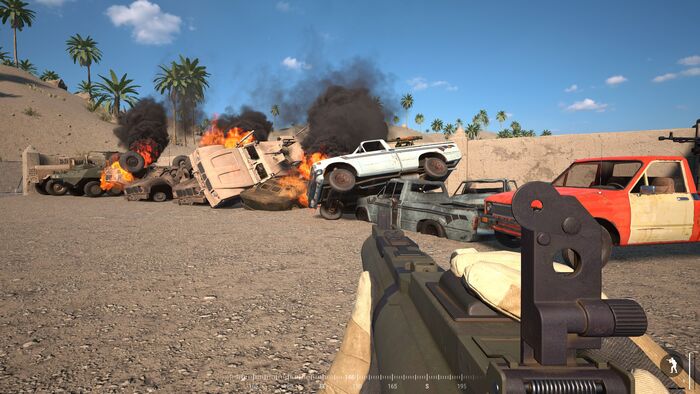 Before you enter your first multiplayer battle, start the Shooting Range from the main menu, a single player sandbox mode on the map Jensen's Range.

There is lot to learn for a new Squad player. Better do your first baby steps at your own pace without pressure from flying bullets and screaming squad leaders. Do it for your own sake and that of others. If you have no clue whatsoever and go right into a multiplayer game, you will become a burden to your squad and your entire team. You will not enjoy it and you will lessen the experience of others too. Don't be that guy...

When the map has loaded, the first thing you have to do is spawn onto the map. Before you spawn, you might want to choose a kit you want to start with (you can change it later at any time).

So what should you do on the Shooting Range now?

Before we are done, you need to understand the following important concepts, otherwise you're unable to properly play and understand a multiplayer game.

Don't worry about things like tickets and score and the many other aspects of the game. Other experienced players in your team and squad, and most importantly your Squad Leader will take care of it.

Finally, if you want to be fully prepared, go watch a few Twitch streams or YouTube videos of full matches. This gives you an excellent preparation for the typical flow and actions in a multiplayer match of Squad. On Twitch streams you can also ask questions and often get instantly great explanations and tips from the Pros. 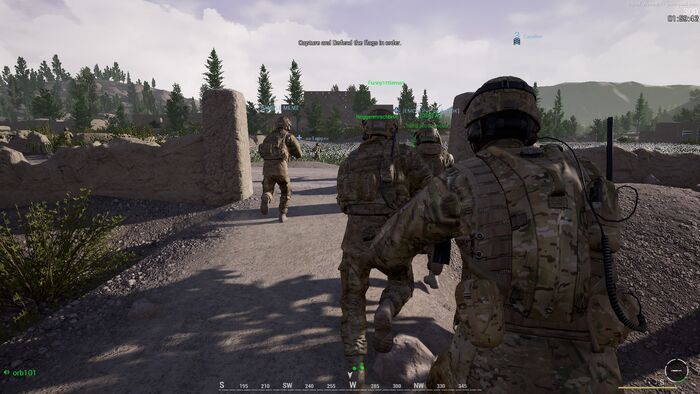 Now you are ready to head into your first multiplayer match.

Find a good match and squad[]

Let's get you into a game. In the server browser you pick a server to play on. 'Choosing the right server and the right squad to play with is key, it will determine a large portion of your experience with Squad, whether this will be good or bad. Hence, choose wisely and according to the following tips.

Once you enter the server, you will be automatically assigned to one of the two teams. Now look for a squad that isn't locked or full and join them. When choosing your squad, consider the following points:

Now you're in the game and the action starts. Try to consider the following guidelines for a smooth start and learning experience:

Keep playing. With more experience, more depth and options become available to you. Here are some indications: