The operator fires the missiles and controls it after firing via a wire attached to the launcher. The player can effectively steer the missile while in flight onto the target. The TOW missile is extremely effective against stationary or slow moving vehicles. 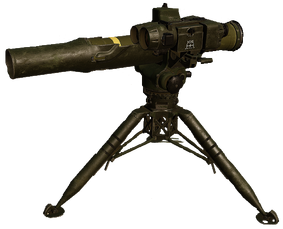 TOWs were added in update Alpha 11